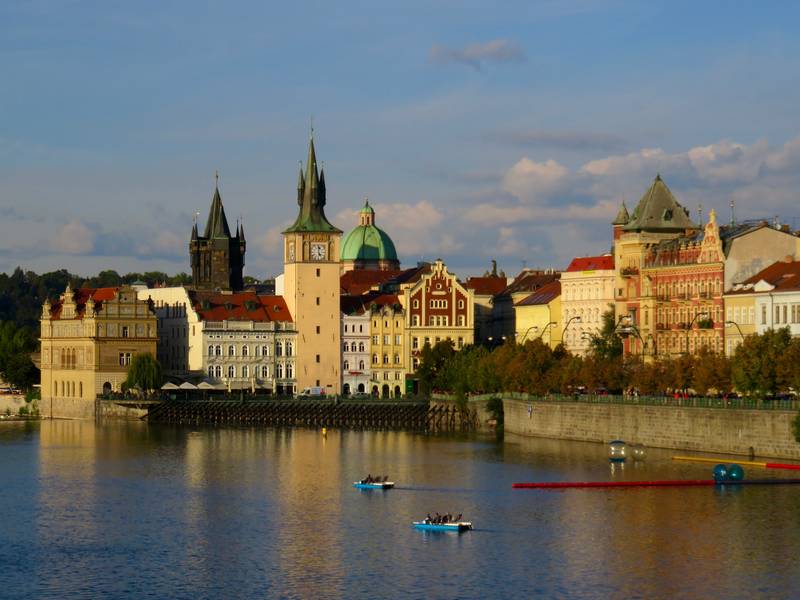 The first time I went to Czechoslovakia I was in middle school. We went to visit my grandmother, my uncle and my aunt. I’m sure my brother and I argued plenty in the back seat during the drive through Germany, but at this point we were still and silent. We were waiting in a long line of cars to get over the Czech border. I vividly remember people getting out of their cars while guards with German Shepherds checked inside. There was a big truck with a wagon full of hay and the guards were sticking in long spears into the hay to check for people. I remember hoping so much that there was nobody in there.

Now we are visiting the Czech Republic again but this time under very different circumstances. The Soviet Union has fallen, Starbucks have popped up everywhere and the crowds of tourists in Prague are unmatched. But many things have also stayed the same. The view from the Charles Bridge is still magnificent, the food is still delicious and Krtek (The Little Mole) is as popular and cute as ever. 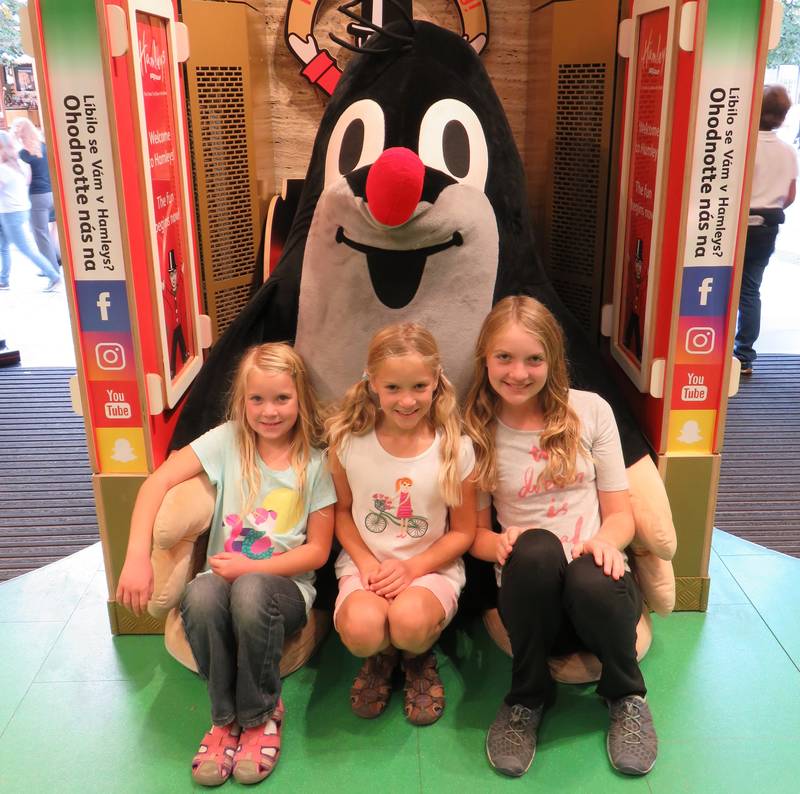 For the first time I’m not staying in Prague, and we’re not just doing what American tourists do. We’re staying in the Bohemian countryside, and in a way I feel like I’m seeing my dad’s homeland for the first time. I’m seeing a part of his life that I never knew much about and getting together with relatives that I haven’t seen in 20+ years.

I’m filling in holes in my family’s story, and one of the best things about doing this now, although it’s certainly overdue, is that I can share this experience with my husband and daughters.

We’re staying in a small town, in a cottage that my grandfather had built. It’s adorable (and has a fenced-in yard for the dog! – hooray!). The street where the house stands was just given a name a few months ago. Before that, the streets didn’t even have names. Now that’s a small town! A neighboring town is where my grandfather started his tire business in 1928 and where my dad spent part of his childhood. My aunt, uncle and cousins still live there, and they now run the tire company. I got to see my uncle’s car collection and my cousin’s motorcycle collection. It was then that I suddenly understood where my dad’s love of cars came from. 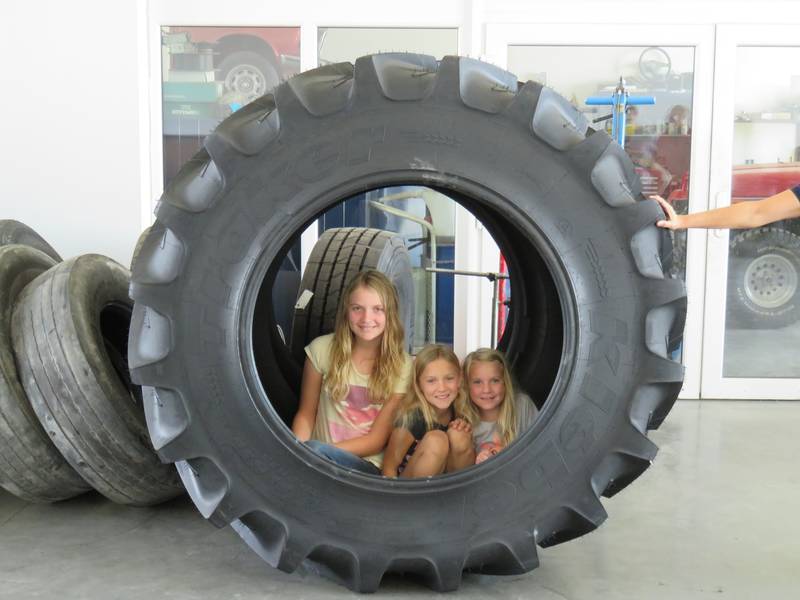 We also visited another nearby small town called Poděbrady. This is where my dad went to school from ages 13 to 18. In the courtyard of the school, we saw a beautiful exhibit of giant spinning hearts representing each of the countries in Europe. The girls hopped from one heart to another trying to figure out which country each heart represented and why.

Poděbrady is known for special springs below the town which are said to have healing effects. There are fountains around the town where you can drink the water, and people fill up several bottles at a time to bring home. We brought dixie cups and tried it. It was fizzy and full of minerals. I have no doubt it was good for us, but after one dixie cup, we were done. 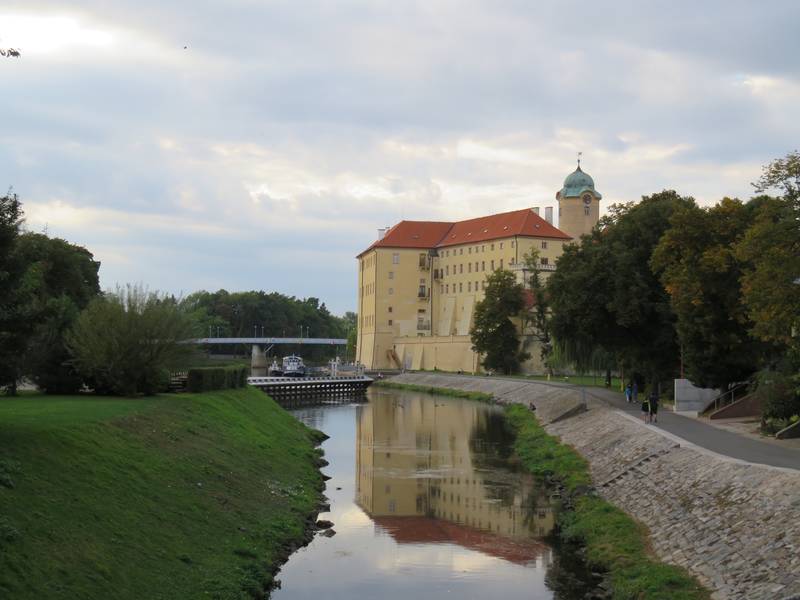 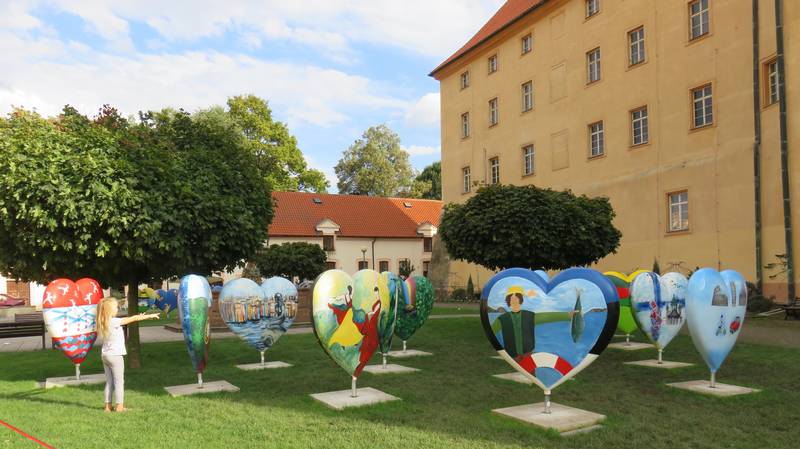 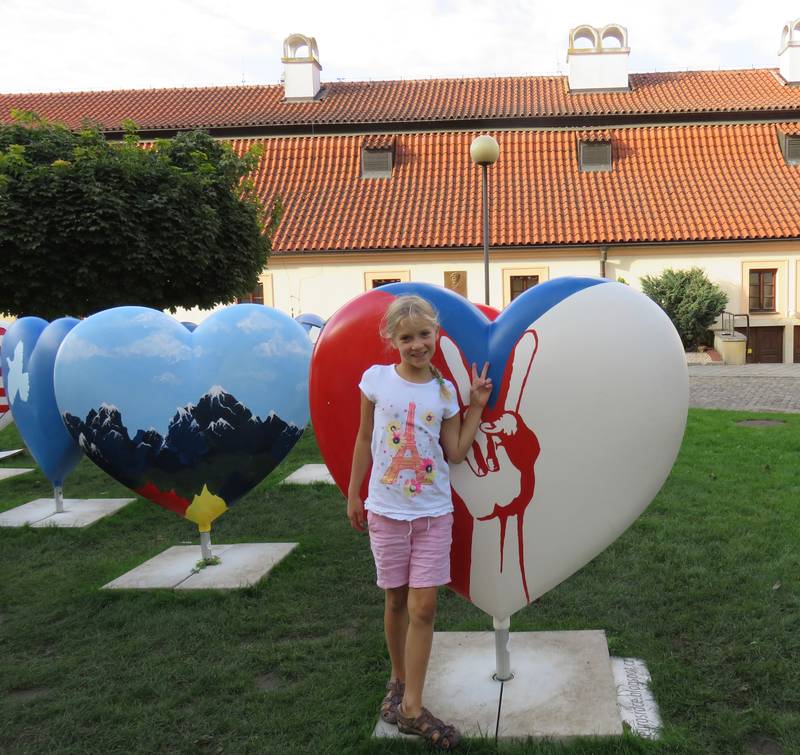 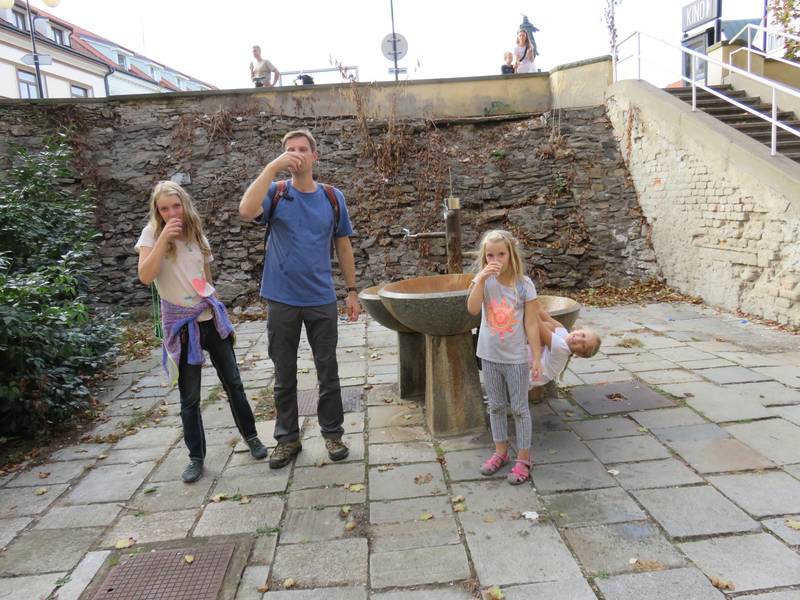 We’ve also learned so much about the history of the country that I never knew. We went to the amazing castle in Karlstejn where King Charles IV lived with each of his four wives. Our 7-year-old was particularly interested to learn that the king was her age when he was first married. We were all fascinated that he was the king of the entire Holy Roman Empire, spoke five languages and started the first university in Central Europe — the Charles University in Prague. 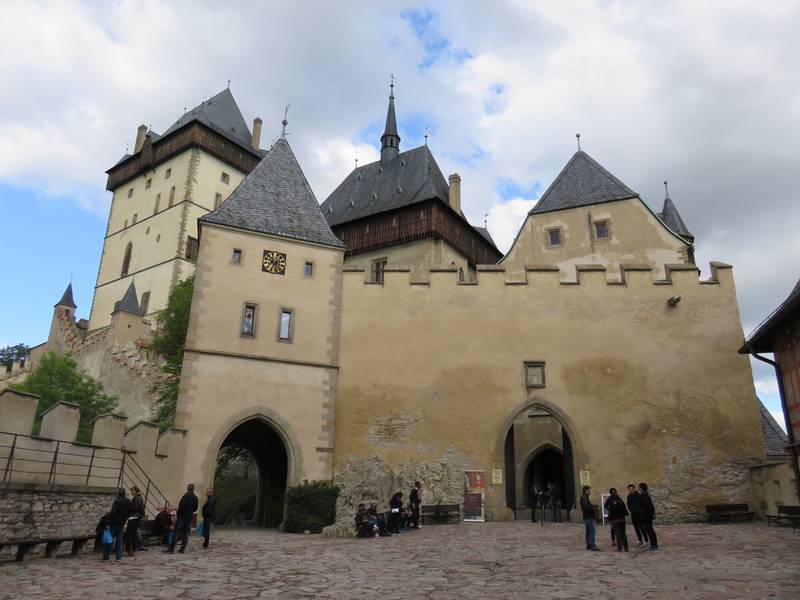 Of course we also spent time in Prague, walked along the Charles Bridge where we listened to some truly talented street musicians and watched the artists paint the beautiful castle in the background. We watched the show at the astronomical clock and talked about its amazing 600-year-old history. We saw the apartments where my dad lived and watched a live Czech band play in a restaurant from the 14th century. The band even gave us a CD after they saw our 10 year old dancing to their music. The food is fantastic (I highly recommend svíčková whenever you see it on the menu) and affordable. It’s a great feeling having a big delicious meal for five and just spending $20. 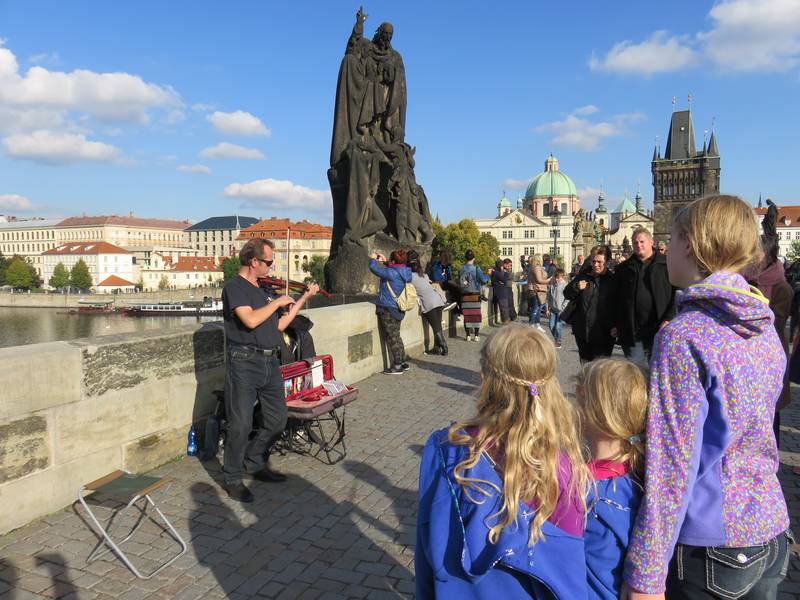 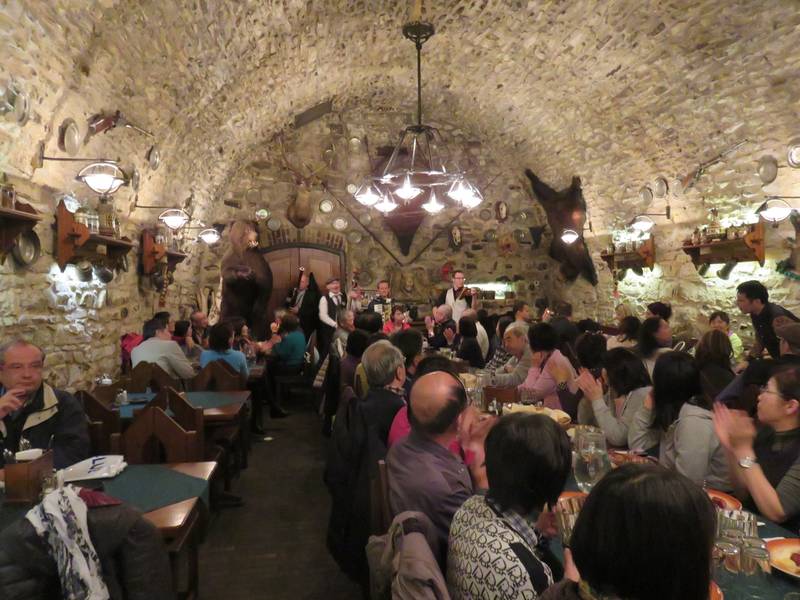 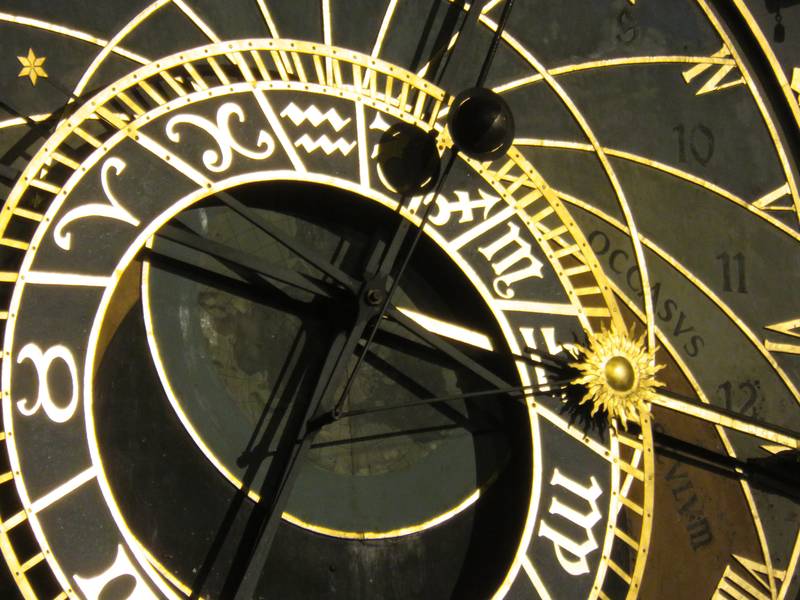 We rode to the top of Petřín Hill and walked up the steps of a tower inspired by the Eiffel Tower, which offers a view of all of Bohemia. We even went water zorbing in the river, with the city as a backdrop. That was definitely a highlight for our girls and an experience I won’t soon forget. I’ll never look at a gerbil running in their little ball the same again. 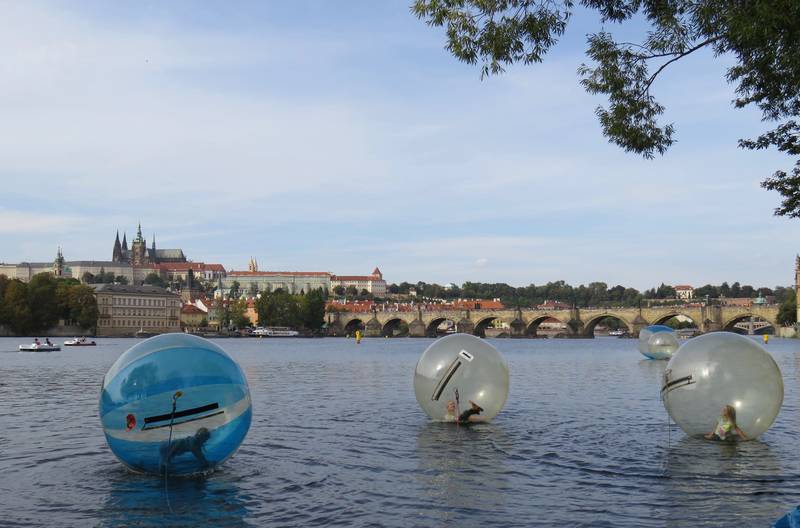 It’s also been wonderful writing our Czech stories while being here, having drawn so much inspiration from this county’s rich history, charming towns and beautiful countryside. We are so excited to share them with our listeners.

What a wonderful experience it’s been to be back in the Czech Republic to show it to our girls and to experience it more deeply than I ever have before.