My month in a German Waldorf School 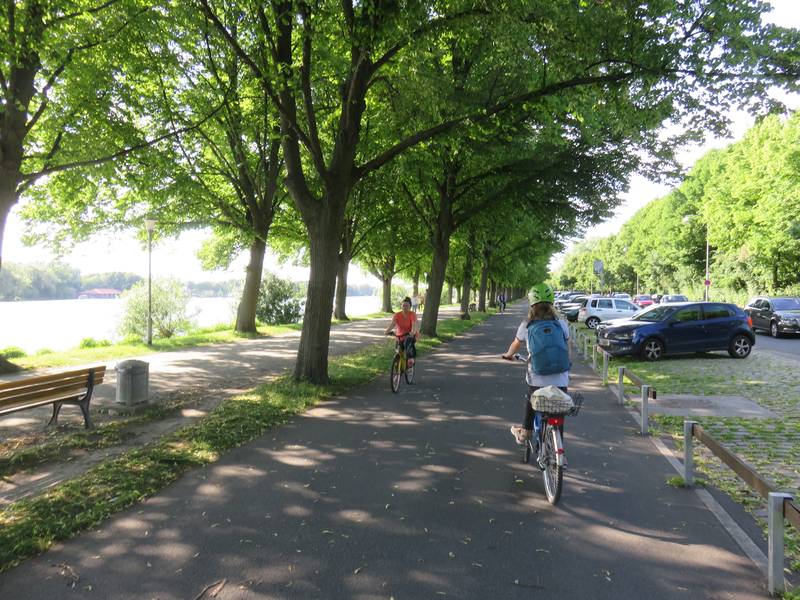 Maya, our 14 year old, just finished one month attending a Waldorf school here in Germany.  I’m constantly amazed by our kids when we give them the space to grow. Here are her thoughts on her time there.

I wanted to go for two main reasons: To make friends and to learn German. I’ve wanted to learn German for a long time partially because I’m quarter German. My grandma was born and raised in Germany. The hardest part about going to this school is that everyone at the school speaks German, but that’s kind of the point. I speak some German, but it’s still really hard. Most of the kids, at least in my grade, speak some English too, because at school the kids start learning English in first grade. The kids are really nice here. Everyone is friends. In my grade there is a buddy system where kids get paired up with someone from first grade. Whenever they see each other they wave and/or say hi. Once a week the older kids play with the younger kids in the younger kids’ playground. 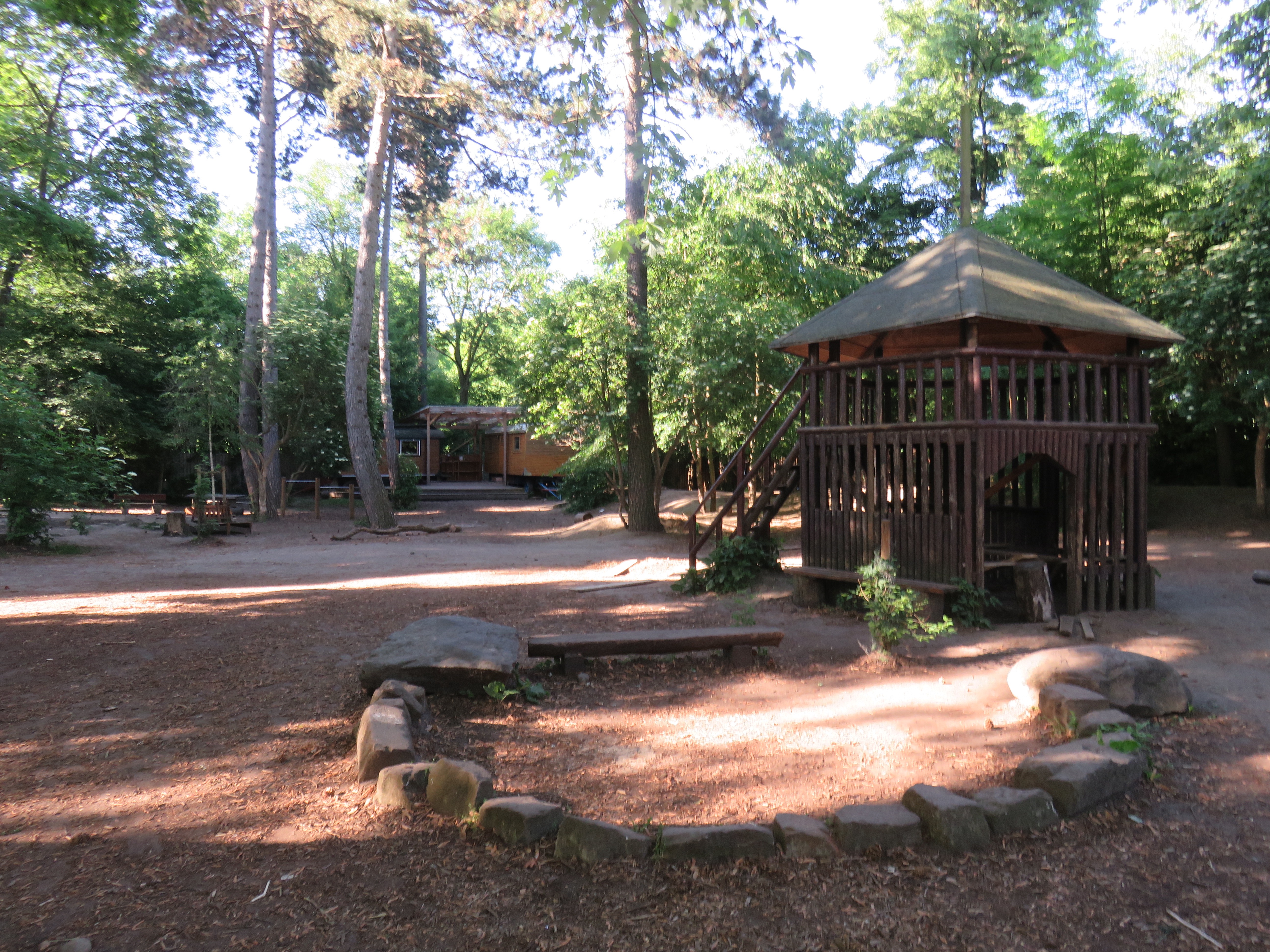 There are lots of differences between German Waldorf schools and the American schools I know. Here are some of them:

Lunch: Every day for lunch we get a hot lunch. That’s what Germans do, they eat hot for lunch and cold for dinner. The lunches are good too. They don’t have things like pizza and french fries. Example lunch: Noodles with goulash soup, fresh squeezed orange juice, and chocolate pudding. Another example lunch: Bratwurst and Potatoes, KiBa (kirsch means cherry, banane (obviously) means banana) and apple slices with vanilla sauce, cinnamon, and sugar. You can always get an optional roll or fruit. 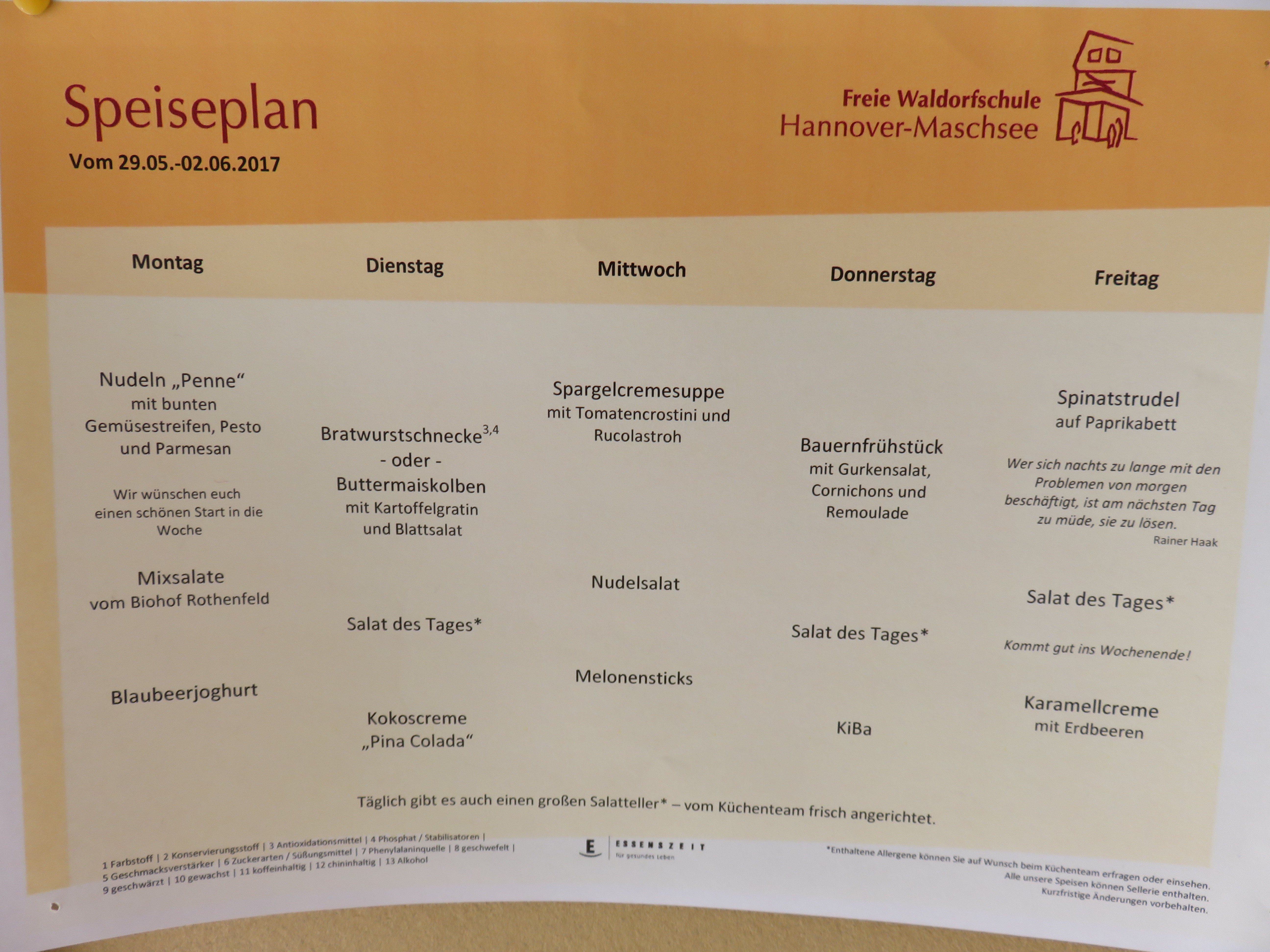 Second Breakfast: After the first lesson we have “zweites Frühstück,” second breakfast outside. On some days you can even buy soft German pretzels, sandwiches, or loafs of bread to eat some at school and bring the rest home. 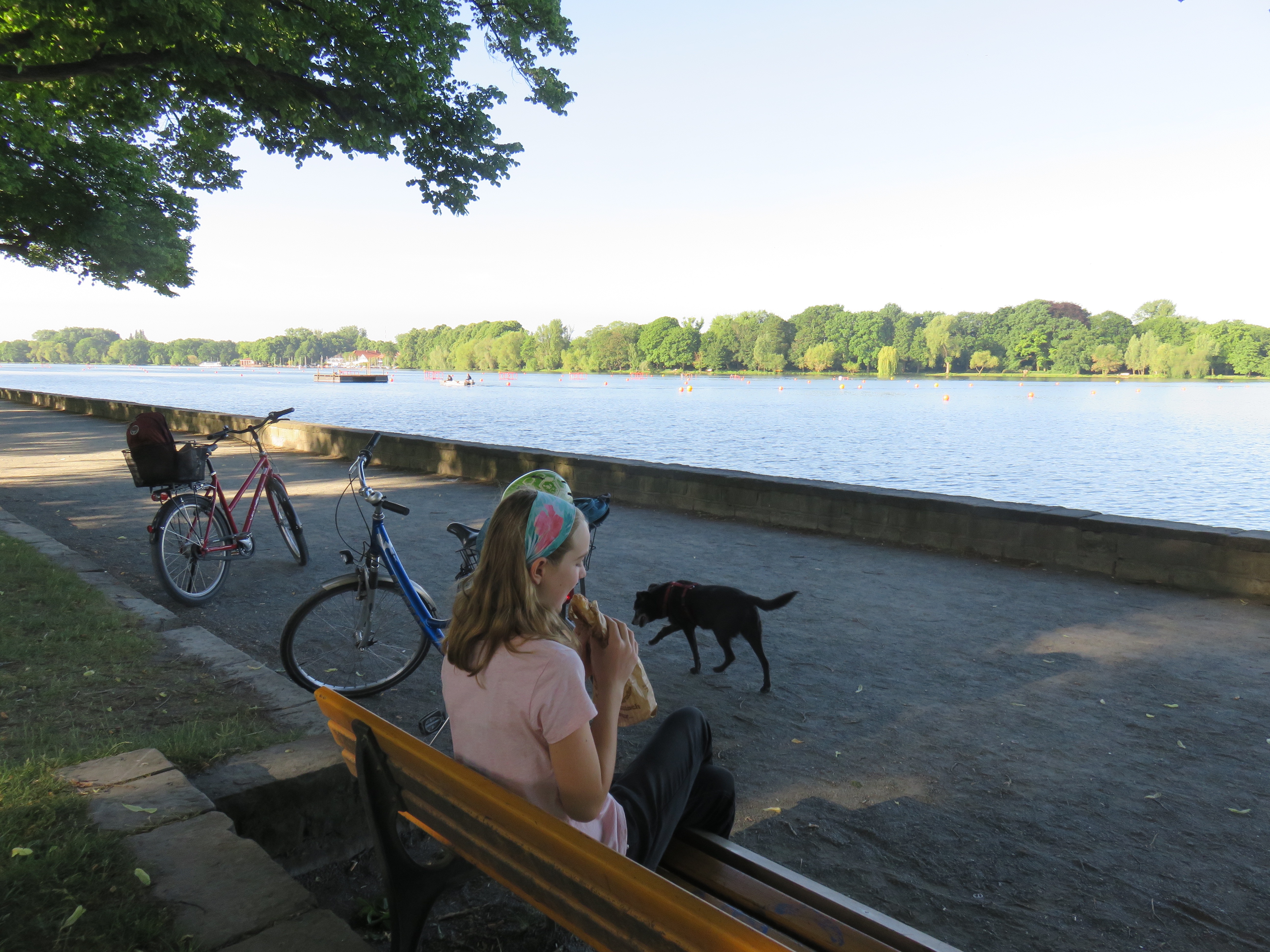 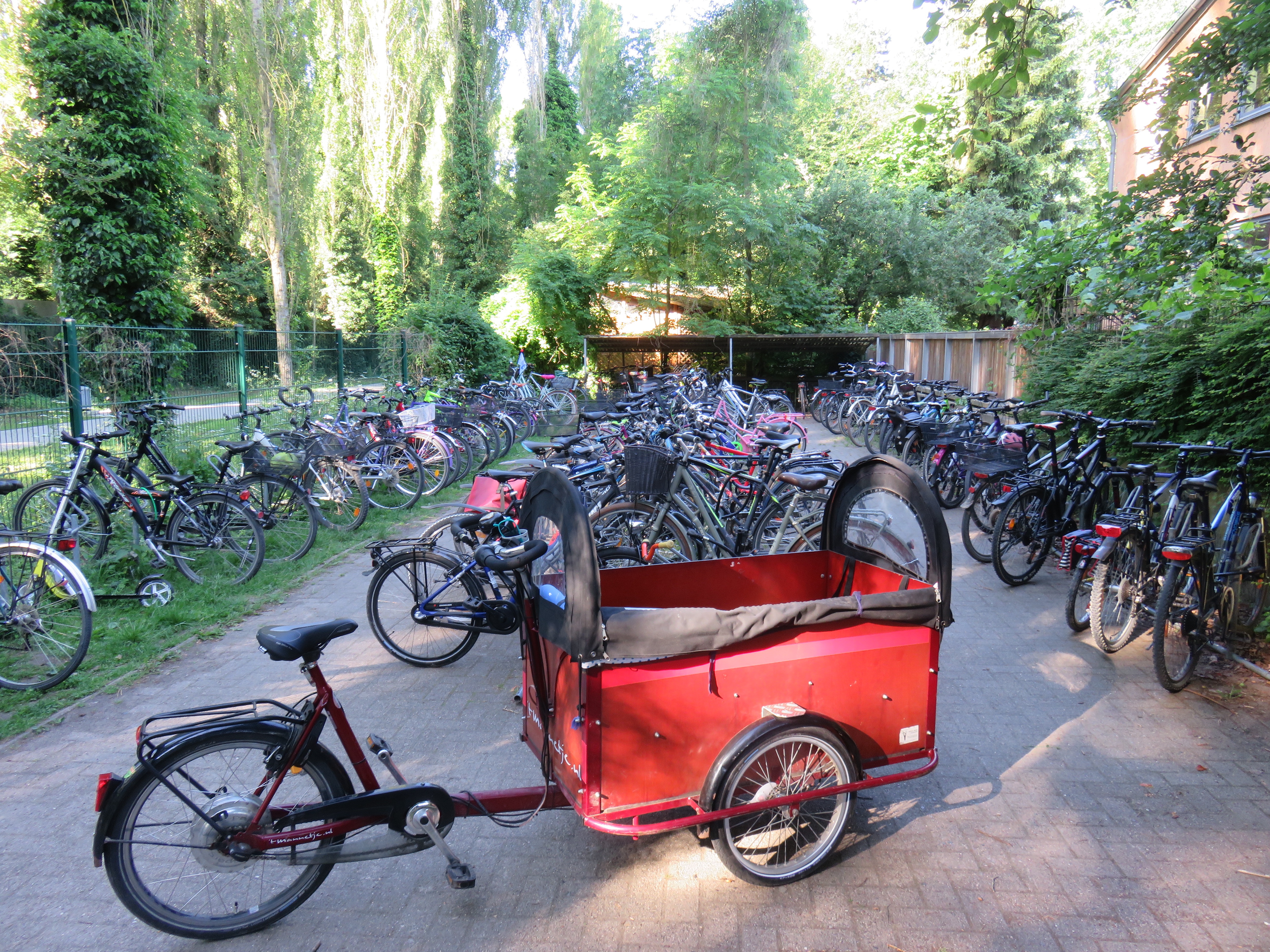 Clothes: Lots of kids, especially girls, tuck their shirts into their pants, often with ripped jeans or sweatpants. Lots of kids wear the same shirt two or sometimes even three days in a row. The shirts often say funny things on them. They are almost always in English. Some examples I saw are:

In the classroom: The kids here have AMAZING handwriting. They all write with fountain pens. And the teachers draw really cool pictures on the board. 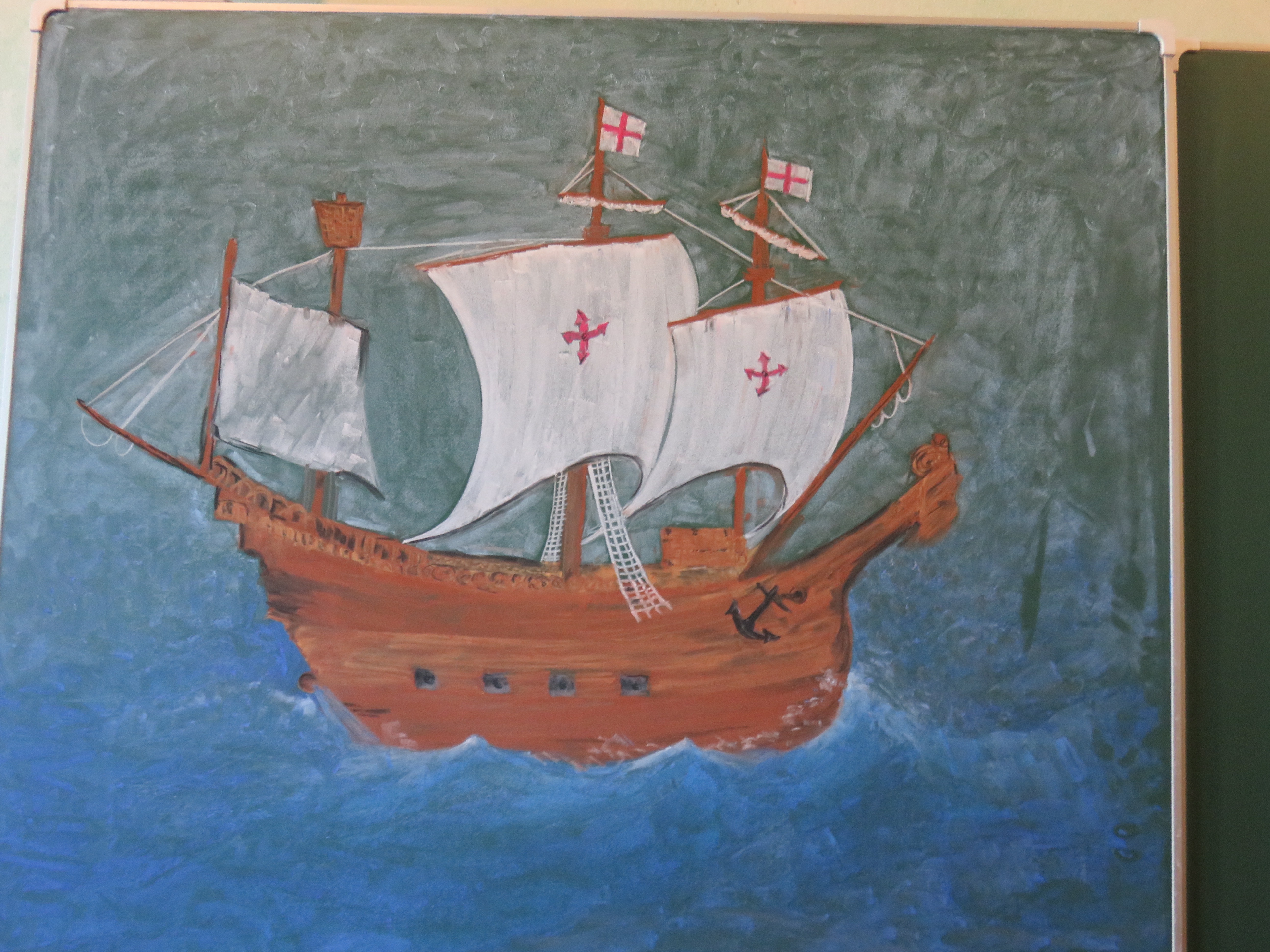 Shaking Hands: Germans shake hands a lot, even the kids without being asked. When I first got to the school, many of the kids shook my hand. They also sometimes shake teachers’ hands when they get to school or when they leave. They just walk up to the teacher and shake hands.

Schedule: The schedule changes every day. Every day we have one fun class at the end of the day, except for Tuesday, when we have a fun class in the morning too, and Friday, when we get out early. 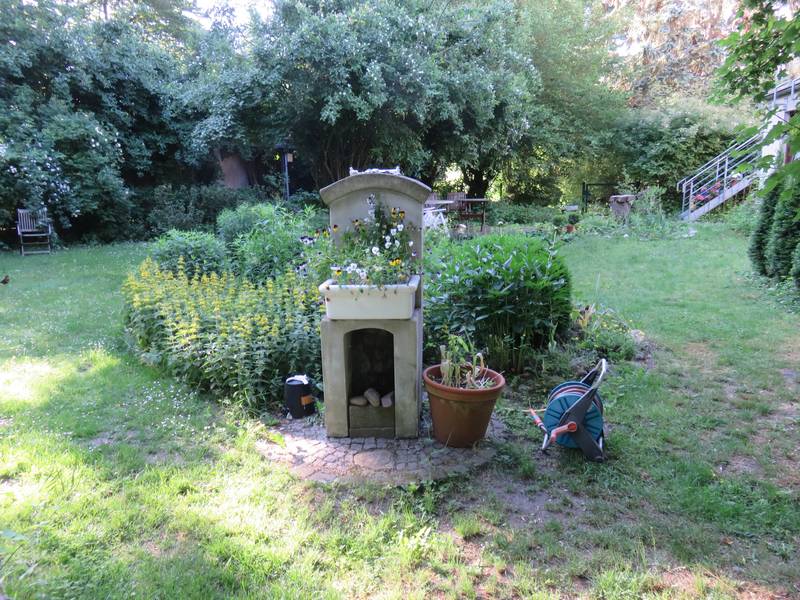 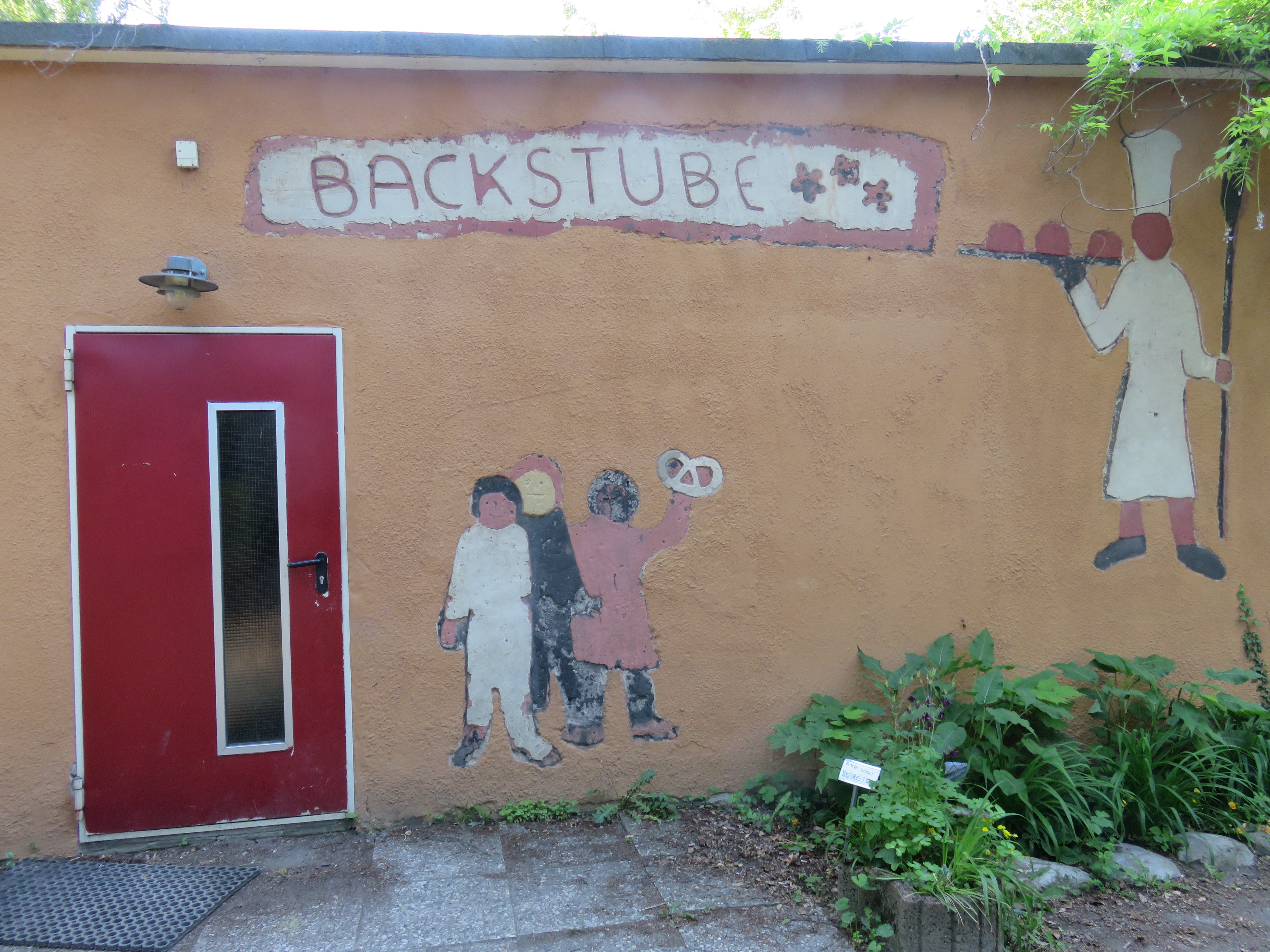 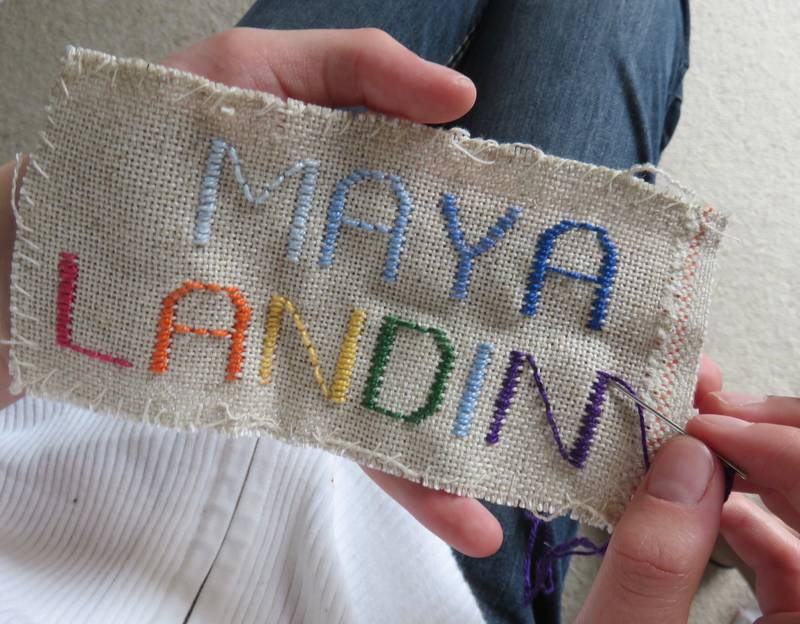 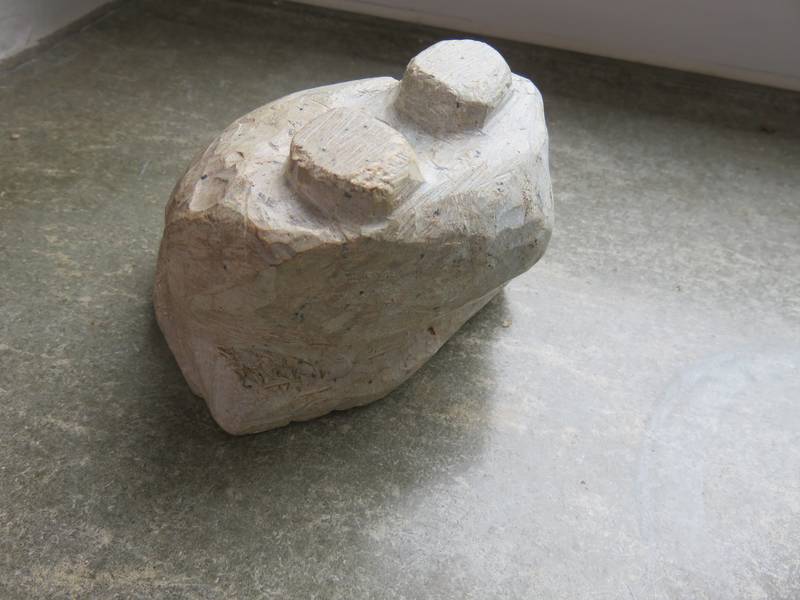 This is our day we get out of school an hour and a half early so we don’t have lunch.

I’m glad we usually homeschool, but I really like it here. The kids are very nice, the classes are interesting and fun, and it’s a great experience that I will have as a memory for the rest of my life. 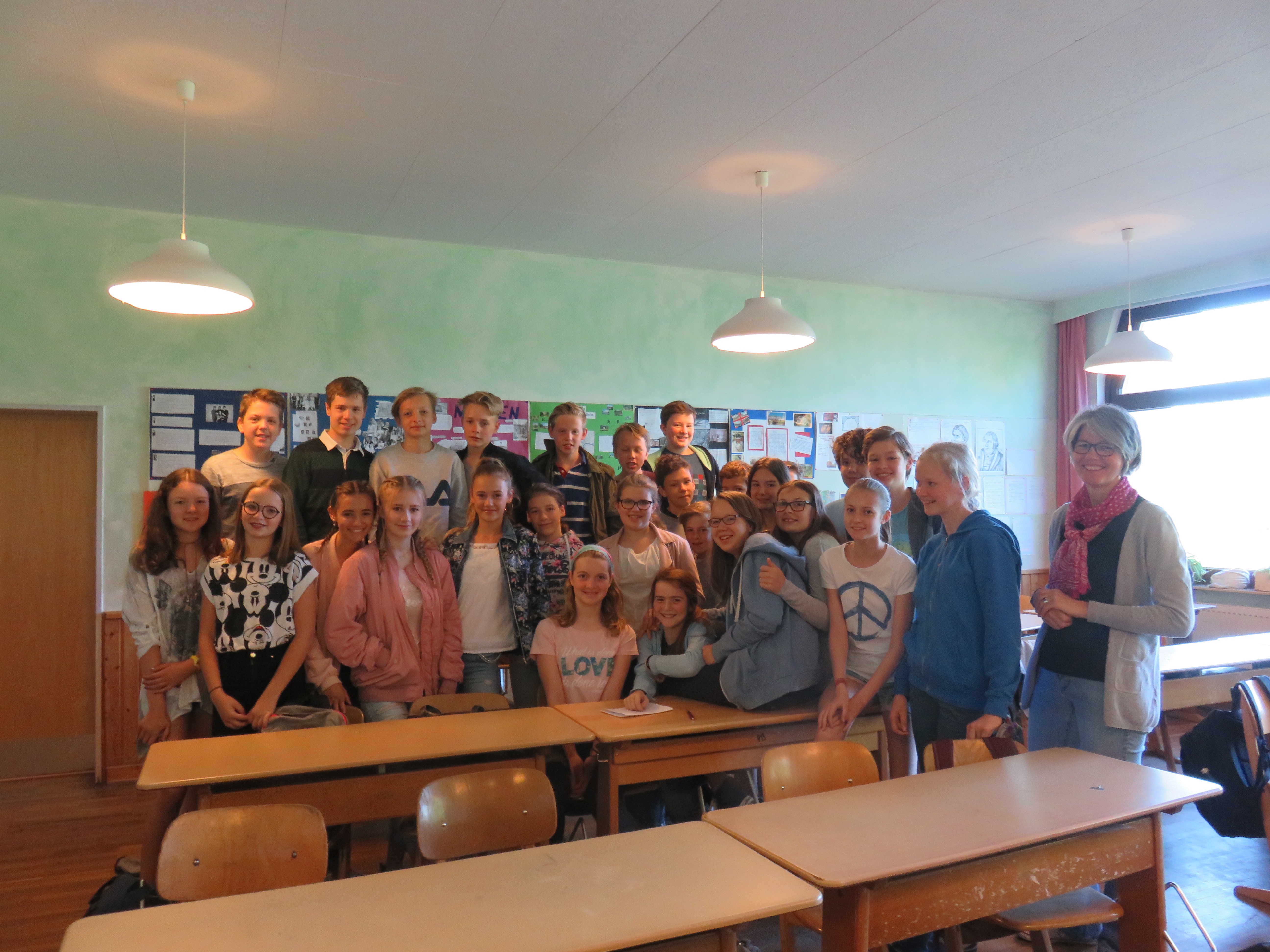 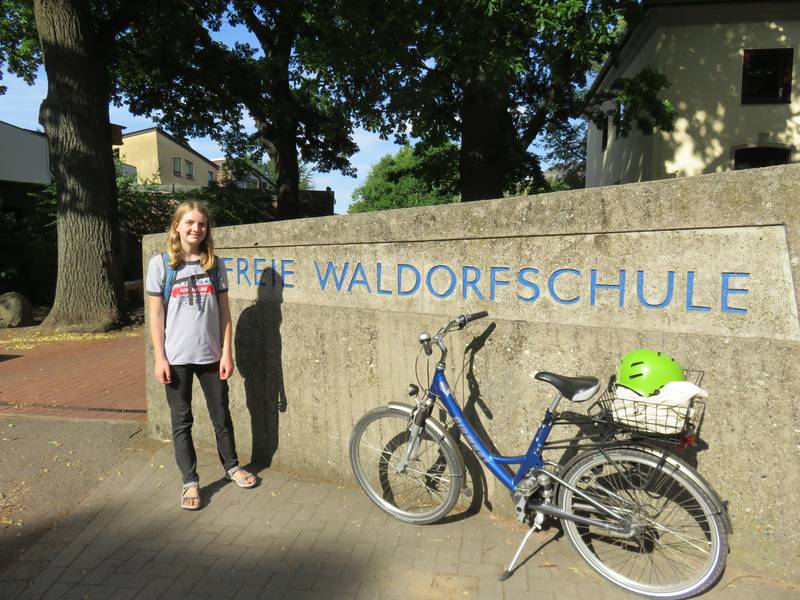