A story about Germany 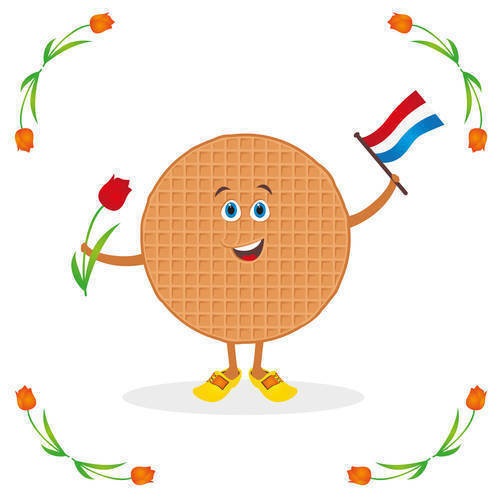 Back to My Stories

The Secret Ingredient takes place in a small town outside Amsterdam in the Netherlands on a beautiful Sunday afternoon. While in larger towns in the Netherlands stores are generally open on Sundays, smaller villages close down, so people can spend time with their families. This makes for a relaxing day of biking, walking along the canals and playing in playgrounds, but it creates quite a problem for Jasper’s family, as they have nowhere to buy ingredients.

What do you think about stores being closed on Sunday? Do you think that’s a good idea?

The primary theme in The Secret Ingredient is Dutch food.  While the Netherlands is not necessarily well known for its cuisine — like France, Italy and even Germany — the Dutch are still proud of their national dishes. People in the Netherlands consume a lot dairy — kids and adults alike. Milk is commonly drunk with meals, and the country is known for some of its cheeses, like Gouda. Fish is another staple in the Netherlands, as the country is located on the north Atlantic coast. One Dutch practice that is something to witness is how they eat herring. They eat the fish raw, tilting their heads back and lowering it into their mouths by the tail. Then they bite! You can see it in the video below. It’s quite a show!

What foods sounded new or different at the food fair? Was there anything you thought sounded especially good? Have you ever tried Gouda cheese, or Edam? Most Dutch don’t eat cheddar cheese like Americans do. Sometimes it even hard to find in the store.

How much milk to you drink every day? Is it as much as someone from The Netherlands? Before you answer, see the “Did you Know” section below!

Click for a printable version of the Parent Guide

One of Jasper’s jobs in Mrs. Wilkerson’s house was to hang paintings. He was proud that he recognized the work of Vincent van Gogh, by far the most well known Dutch painter. Although Van Gogh was unappreciated during his lifetime, some of his paintings, such as ‘Starry Night’ and ‘Sunflowers’ are now among the most recognizable in the world.

What is your favorite Vincent van Gogh painting? Jasper’s favorite is Starry Night.

When you look at paintings by Van Gogh, what do you think? Do you like them? What do you like about them?

Dutch people love diary and drink almost 706 pounds of milk per person every year. That 83.5 gallons or 1350 cups!

Dutch men are the tallest people in the world, with an average height of 6 feet. Maybe it’s all that milk they drink.

Dutch kids (and adults) really do have chocolate sprinkles on their toast for breakfast.

There really are more bikes in Amsterdam than there are people.

Dutch painter Vincent Van Gogh painted 900 paintings in 10 years. When he wasn’t painting he was writing letters to his brother Theo.

Try pronouncing these Dutch words, just not with your mouth full of stroopwaffel.

Nee dank je — no thank you

Click for printable pages of coloring, dot-to-dot and maps related to the Netherlands. There’s also a crossword puzzle and word search using some of the words from The Secret Ingredient!

In the Netherlands, the stroopwafel is a very popular companion to coffee, tea or any other warm drink. The proper Dutch way to eat them is to place the waffle on top of a hot cup and to let the steam soften the outside of the waffle and warm the insides. Click to get Mrs. Wilkerson’s prize-winning stroopwafel recipe — now complete with the secret ingredient.

For more activities, crafts and learning ideas about the Netherlands, visit the Around the World Stories Pinterest Netherlands Board.